“These are the times that try men’s souls.” – Thomas Paine 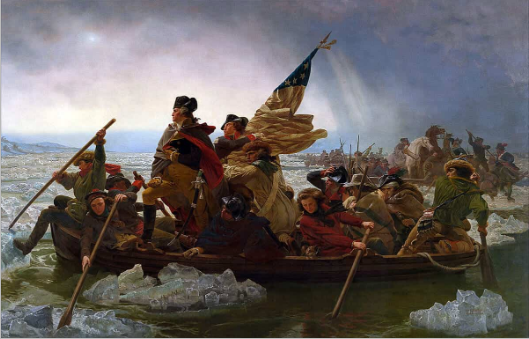 What is your dream? Where are you going? What do you want to accomplish before you leave this earth?

These are questions that you don’t ask yourself much as you navigate through your everyday life. But as you get older, and the time you have left gets shorter, you get more serious about it. Or, you just give up.

The truth? Giving up, even on the little things (no matter your age) is a form of death. It’s a tiny death, and those tiny deaths add up, until you are more dead than alive.

I’m reading a book about one of the most decisive battles in the Revolutionary War, which occurred at a time when the American Continental Army had been beaten back in defeat over and over. Only a few thousand men were left, and even those men were at the tail end of their one-year enlistment period. Now, on one snow-and-sleet-driven night in 1776, they were attempting to surprise the Hessians with a night attack. The Hessians assumed no one would be able to get to them or attack them in such a storm. Plus, it was Christmas night.

This is the battle where Washington, his troops, the horses, and 18 cannons crossed the ice-filled Delaware River, in the middle of that raging storm. The iconic painting by Emanuel Leutze shows light in the sky, but the reality was darkness, danger, and a very nasty Nor’easter. The temperature was around 30 degrees.

After crossing the river, starving, wet, and exhausted, they still had to walk 9 miles, many of them barefoot, on the snow, ice, mud, and rocks.

The “password” for the endeavor, the rallying cry, and the phrase that kept Washington and his troops moving on was “Victory or Death.”

The phrase “Victory or Death” has been resonating in my head, as I started to realize how often we are faced with that choice: victory or death.

Success against all odds

When you are attempting to succeed at any endeavor, you are going to be challenged. The bigger the dream, the greater the challenges. At numerous points in every hour, day, week, or month, bad stuff will happen. It’s just the nature of life. The more active you are, the more you will be challenged.

Of course, if you sit around all day absorbed in mindless pursuits, you won’t be very challenged. You won’t accomplish much either, destined to be just another soul passing into and out of life on earth, without doing much to help others or to realize your own dreams.

Dreams are important. Dreams lead to solutions, inventions, and organizations that help people for years and years, whether they are commercial businesses or not-for-profit companies, or some combination of both.

Fulfilling your own dreams give others hope that they can fulfill their own. Inspiration is infectious.

Dreams that come true are satisfying, at the time they are undertaken and for a long time afterwards. My husband, 14 years ago, after fighting and surviving what is normally fatal cancer, looked at me one day and said, “That’s it, we’re doing it.”

“It” was building a 48-foot catamaran in South Africa and sailing it home together. He had been waiting for me to retire, but that’s never going to happen.

So we embarked on an amazing adventure that enriched our lives. This is us leaving Cape Town in a 40-knot blow, at the beginning of our 2-month, 8,000-mile journey from South Africa to New England. 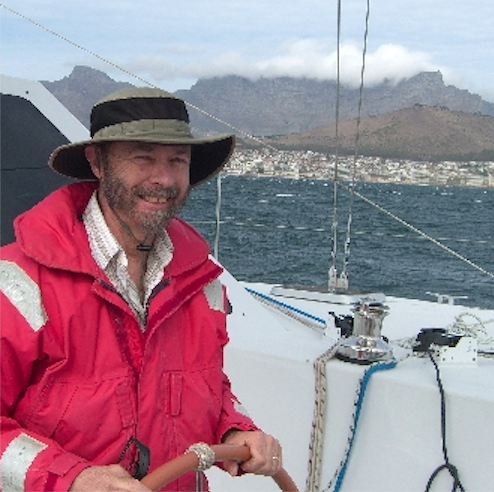 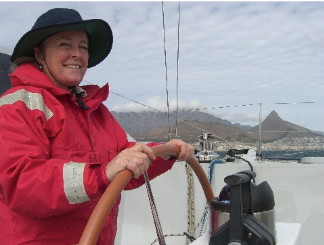 We are now fighting fatal-cancer battle number three. It’s been a long battle. I am inspired by what I heard one day while praying for an answer: “You will fight and you will win.”

It is so easy to lose hope in these situations, as the love of your life fights for his life. But giving up is not an option.

Giving up is never an option, really.

At any given moment, we are faced with victory or death.

Victory means focusing on what you are trying to accomplish, without getting distracted and frittering away that minute—which quickly turns into an hour—watching something mindless or disappearing down a rabbit hole online.

Victory means remembering what is most important to you in that moment, including choices such as “Another cookie or losing another pound?”

Victory means hearing terrible news and deciding to face it with courage, rather than giving up in dismay.

Victory means being determined to find another way, a minute after you hear the bad news. It means going beyond short, inspirational quotes and videos on how to be successful in life.

Victory means digging deep into the depths of your soul and finding the energy to carry on.

We all know what the death of a dream looks like, and it’s not pretty or uplifting. It’s sad.

But victory is beautiful. It’s inspiring. It lifts us up to a better place, a place where anything is possible.