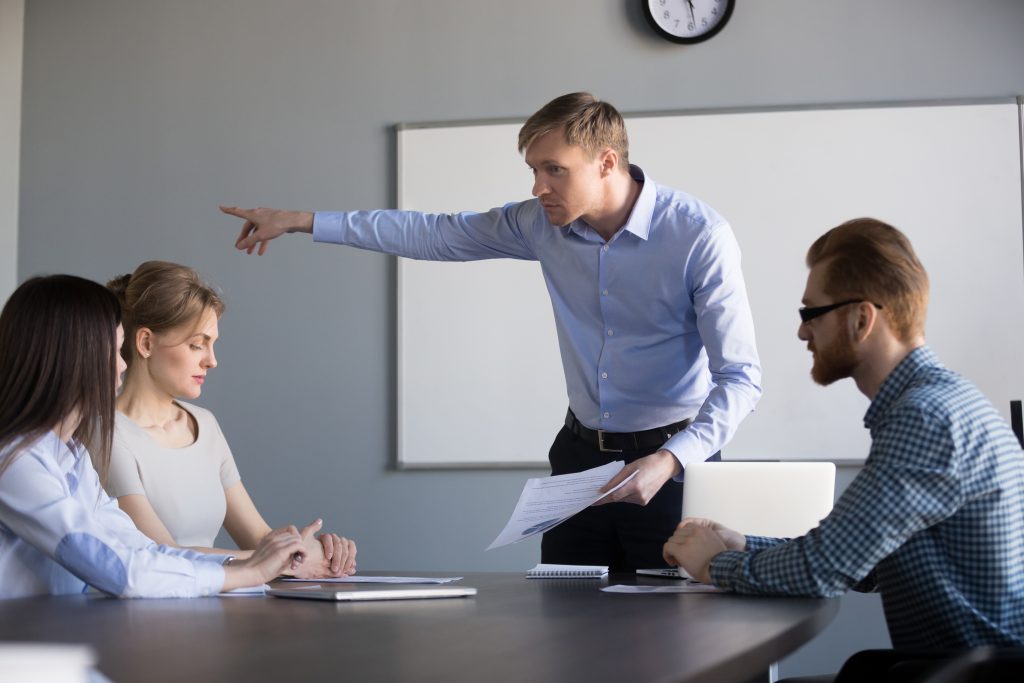 I’ve come to define jerks simply as people who make life more difficult for other people. Kind people—the non-jerks in the world—do just the opposite. They endeavor to make life easier for others.

Working with jerks is a painful mess that is never fun nor rewarding; makes you want to give up; frustrates the heck out of you; and keeps you from doing your best work. In short, working with jerks makes kind people unhappy.

There is really only one, very short piece of advice I have to give you about how to work with jerks:

Of course, you don’t always have a choice. And you never end up working with a jerk because you want to. Jerks tend to sneak up on you, or are forced upon you by politics or the need to keep your job.

Personally, I don’t think any job is worth it.

Before I started my own company years ago, I quit a number of jobs rather than work with a jerk. I started this practice early. At the beginning of my working life, I worked as an assistant to a bully surgeon who had invented a special kind of surgical knife. He was the CEO of the company producing that knife.

One day I was taking notes for him during a meeting he was having with other company execs. They were in a quandary about how to solve a problem. The solution seemed very clear to me.

“Why don’t you try [this approach]?” I asked them. Dr. Bully Surgeon turned to me, glaring. After the meeting, he asked me to come into his office. He looked at me, angry, and said, “I’m not paying you to think!”

A photo of me then went up in the engineering department bulletin board, along with photos of 27 other assistants who had come to work for Mr. Bully Surgeon, and had left or been fired.

I was never afraid of quitting; I just went out and found another job.

But we don’t always have this solution available to us. If you’re stuck, I can give you some advice that will help you survive a jerk at work. But first let’s understand why jerks act like jerks.

Why do jerks behave the way they do? I think being a jerk is a decision they make when they first start going to daycare or kindergarten. They make a choice about how they are going to deal with the cruelty of crowds. Their choice is to try to out-bully the bullies (which, of course, turns them into a bully), or to rise above the cruelty and still treat others as they would want to be treated. That’s what the kind people end up doing.

Note that no babies are born jerks. Being a jerk is a decision. Which means that the jerks know who they are. So when I say, “We don’t work with jerks,” the jerks get offended.

This is the best way to find out if you’ve got a jerk on your hands. Trying to determine this by watching their behavior during your initial interactions with them doesn’t work. Jerks are like a luscious-looking chocolate truffle with a live tarantula inside. You simply can’t know by watching outside appearances and behaviors.

But if things start to bog down, you’ll get a Big Fat Clue. Jerks will make your life more difficult. Even something simple like making an appointment will be unnecessarily convoluted.

When you’re working with a jerk at work, you will never know where you stand; the information and support that you need will never be provided when or how you need it; all of the “meet my needs” stuff will only go one way (obviously, in favor of the jerk); simple decisions will take forever to resolve; discussions will be heated and often ridiculous; and you will always be more drained than inspired after every conversation. Life gets more confusing and more frustrating the longer you work with a jerk.

As they grow up, jerks start to realize that other people don’t like jerks. So they develop sneaky methods to be more acceptable. They become actors, on stage 24/7.

This is why you can’t trust anything a jerk says to you. This is why working with, or for, a jerk is so disappointing. They will say anything they know you want to hear, and then never follow through.

But, again, if you are forced to deal with difficult colleagues or a jerk boss, you need some tools. Here we go . . .

That’s about it. I wish you the most jerk-free life you can possibly have while living on this earth.