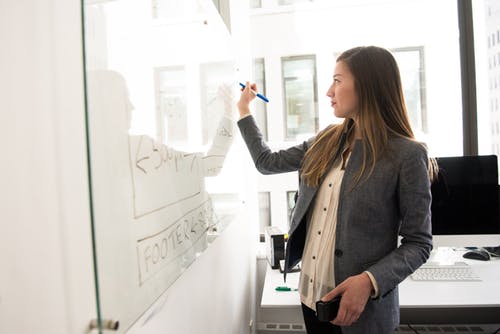 In today’s world, we are surrounded by puffery. Some of the most famous people are famous simply because they set out to be famous. Because it’s easier than ever to take a selfie and broadcast it to the world, they’re making a career out of it. And there are those commercials, selling messages that buzz around us all day as we go about our lives, especially online, where it’s getting pretty difficult to watch or read anything without being interrupted by a commercial message.

Everyone is selling something, whether it be themselves, their point of view, or a product or service. Nothing wrong with that; I’ve been helping people sell and market stuff for years.

But there’s something I’ve noticed recently that is disturbing, and I’m worried that newcomers to business might be making assumptions that are ultimately going to hurt them.

What’s disturbing is that, given all the examples around us 24/7, we’ve gotten pretty good at selling ourselves; making promises; and being glib about what we can and will do, but after you “make the sale,” so to speak—such as landing that great job—now it’s time to perform.

Bosses hire character more than skills. Skills can be learned; in fact, all you have to do to learn something now is to Google it or watch a YouTube video. True, doing this will usually only get you into the ballpark; the details, techniques, and new revelations about how to do something usually come through personal experience. And you do have to be willing to learn new things, constantly, although that willingness is part of a strong character, too.

Someone with a promotable character is organized and focused. She keeps track of what she has promised to do, and does it, on time. Not only well, but especially well. The person who receives or supervises this work thinks, “Well, that worked out well. This person deserves more work and responsibility.”

This is true if you are working in a company or working for yourself. Your customers are watching, too. They know what you said you were going to do; they are like a person who has ordered food in a restaurant and is now waiting for that food to show up. They hope they won’t be disappointed. They hope you will be as concerned about their meal as they are. They expect you to:

These are simple examples of the traits of successful people. They apply to any type of work. One place where we see people fall down most often is in the “tell them immediately if something is wrong” and “admit immediately if you made a mistake” areas. It comes back to the concept of selling yourself. You don’t want to look bad. You hate to think you made such a stupid mistake, and you don’t want them to think less of you. So you don’t contact your client or boss when something gets in the way of getting the job done, and hope you can talk your way through it.

But that kind of thinking is going to erode any trust you had already built. And, quite often, especially if you are in business for yourself, you will be terminated immediately for this kind of behavior. “Well, if that is who they are, we don’t want to work with them anymore,” that client or boss will think.

How to succeed in business

Instead, own up to what is happening, face the fact that something has changed, and immediately tell your boss or client what’s going on. They will not be disappointed in you for doing this. In fact, they will appreciate you even more, because you had the guts to face up to the problem and are willing to help solve it. Problems never get better with time; they always get worse. If you come to your boss or client early, chances are greater that something can be done. This is sooo much better than coming to the boss or client and not only having to tell them about the problem, but admit that you tried to hide it for a while.

Every working relationship is built with promises that are kept, one by one. If you promise and don’t deliver, you’ll never reach your full earning potential. If you promise and then deliver even a little more than you promised, you will literally create a stairway to higher earnings, one step at a time.

If you’re looking for ways to get more success in life, this is how to do it.